Schedule a free consulation at info@dowlingfinancial.ie, or fill our the form and we will follow up with you shortly.

Tell us about yourself

Mortgage repayments could rise by €300 per month

Hundreds of thousands of mortgage holders could face a hike of up to €300 a month in their repayments as interest rates begin to rise from this summer, experts are warning. The European Central Bank is preparing to increase interest rates for the first time in more than a decade, and the first hike of 0.25% could come as early as July. The European Central Bank’s chief economist Philip Lane yesterday warned that a ‘sequence’ of interest rate hikes in Europe is on the way. “I think it’s clear that, at some point, we’re going to be moving rates, not just once, but over time, in a sequence.” While Mr Lane would not be drawn in when the first ECB rate rise would happen, board member Isabel Schnabel made the case for a move as early as July. This would see a hike in monthly repayments for Ireland’s 722,000 family home and 88,000 buy-to-let mortgage holders who are already feeling the squeeze from soaring energy costs. 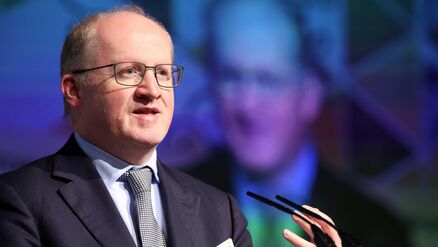 Experts here are warning that the expected hike of 0.25% in July will be followed by another 0.25% increase before the end of the year, piling more pressure on homeowners. By 2024, it is predicted that rates could rise by at least 2.5%. “We are facing an inflationary environment that we have not seen for decades,” warned Goodbody chief economist Dermot O’Leary. “Rates will go higher than our current expectations, rather than stay lower.” Markets are betting on quarter-point hikes by the ECB in September, December, January, and March. Inflation is currently running at 6.7% and is at its highest in 22 years, but is expected to increase further, with some experts predicting that it will rise to 8% in the coming months. The rise in inflation is hitting consumers hard, with cost-of-living increases being felt across the board, especially in fuel prices, home heating, and basic food items. Mortgage specialist Michael Dowling, of Dowling Financial, also believes interest rates will rise by 0.25% at first, and incrementally. He expects the increases to amount to 1.5% over the next two years. He said that an increase of one percentage point in interest rates on a tracker mortgage of €250,000 over a 30-year term would see a current repayment of €804 a month rise to €924 — an increase of €120 a month. With 200,000 customers on variable rates — paying an average of 3.75% — an increase of one percentage point on a €250,000 mortgage would see current monthly repayments of €1,158 rise to €1,304, an increase of €146.

This is a more optimistic picture than that of Mr O’Leary, whose prediction of a 2.5% interest rate hike by 2024 would see monthy repayments for some homeowners rise by €300. Mr Dowling is advising borrowers, even those with trackers, to switch to long-term fixed rates. But, he warned, borrowers have a short window to act. “At the moment, almost all 10- to 30-year fixed rates, depending on loan-to-value ratios, are currently under 3%,” he said. “If ever there was a good time to switch to a long-term fixed interest mortgage, it is now. You’ll not only have peace of mind in these uncertain times, but you’ll also save yourself a small fortune.”

The announcement of a “sequence” of rises by the ECB follows the US Federal Reserve on Wednesday intensifying its fight against the worst inflation in 40 years by raising its benchmark short-term interest rate by half a percentage point — its most aggressive move since 2000. The increase in the Fed’s key rate raised it to a range of 0.75% to 1%, the highest point since the pandemic struck two years ago. At the same time, the Bank of England sent a stark warning that Britain risks both a recession and inflation above 10% as it raised interest rates to their highest level since 2009, hiking by a quarter-point to 1%.